Beginnings are exciting. You visit a far-away city and have a map, some idea of the territory and perhaps an itinerary, but who knows how things will unfold? The adventure is unknown. Twelve years ago I had a little ragged map in my head with the words, "Vagabond Opera" written on it. I had a big vision and very little specifics, but with the help of fellow-musicians, an eclectic Portland community and loyal fans that project went far beyond the map I held. It took me and my bandmates across the country and across oceans. It led me to extraordinary connections with people and we created strong work that I am proud of.


Now I hold another map in my hand that says "Hungry Opera Machine." I know a little of the map and have some awareness of where I want to go and where I don't, but it's another beginning. Online I say that we are a company that focuses on contemporary operas and musicals in English. That's part of the map. I've found a wonderful artistic partner in the endeavor, Annie Rosen. That's another part. And we've even had our first little show, a splendid affair, in my backyard, tea lights hung, cushions on the ground, new work from an upcoming opera, and a little gem of a piece that I wrote with Annie, and Catherine Bridge. Still another part. 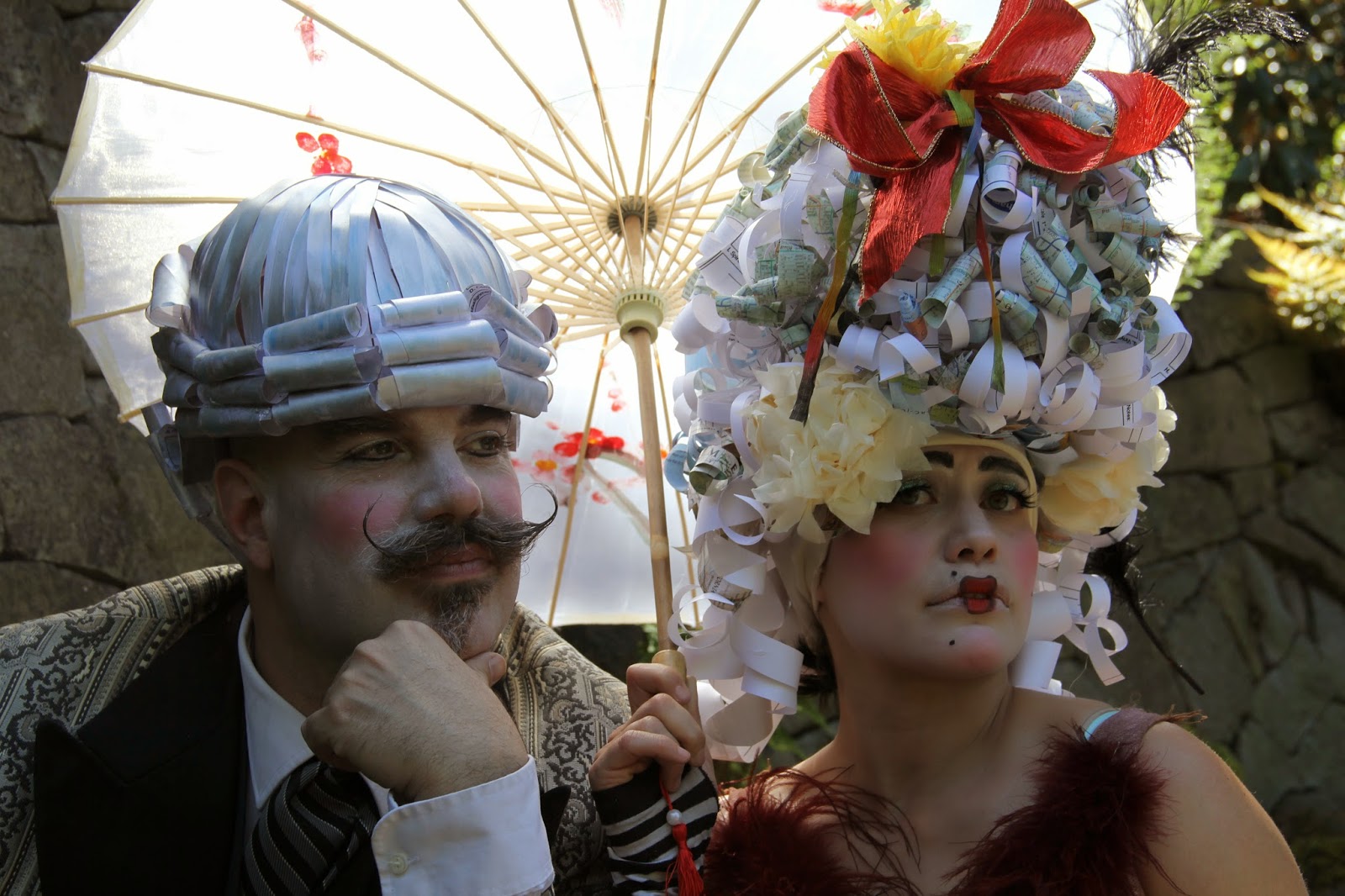 
I want to begin share here, the vision, the big picture, and I'm blogging about it because I hope that you will want to be a part of this vision.
Let's begin with singing. It's our birthright and it's in our DNA although few of us sing, in this country, beyond childhood. In other places in the world and at other times in history here, singing has been woven into the daily fabric of living; people sang together as they worked and to relax or inspire one another. Singing has helped foment revolution and social change.
I recall a story that my friend and former Vagabond bandmate Lesley Kernochan related to me. 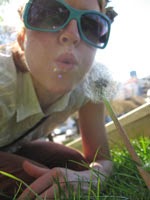 She had just arrived in South Africa and was invited to dinner. After dinner her host and some neighbors gathered and they began to sing songs. One song followed another, and they invented harmonies and sometimes improvised verses even and it went on into the night, for at least two or three hours.
Lesley thought that maybe they had done this for her benefit as a first-time visitor and so she asked them, "How often do you do this after dinner, how often do you sing together after dinner for hours like this?" The host looked puzzled for a moment and then thought about it and said, "Oh not much. Maybe just two or three times a week."
If I were to make a brief pitch for singing together I'd say it releases endorphins, and better than that, reminds us that we are semi-permeable membranes. When you sing with others the borders dissolve and for a few moments you become part of a collective being. Be wary of this feeling if you're in a cult, but otherwise it's beneficial once in awhile, especially in our increasingly isolated society, to lose our ego in endorphin-releasing activity.
Of course Hungry Opera Machine will have performances by trained singers because it's nice to focus on people who make this kind of thing their life's work.
But we're going to have sing-alongs too because singing is for EVERYBODY. We started our first show with one, and we might just start every show with one! I know that's a scary idea for many people. We'll hold your hand every step of the way, and you can start by hiding in the pre-show darkness and not singing a word as many times as you want, but I hope that you'll keep coming back again and again until you finally open your mouth and your beautiful voice that you were born with tumbles out.
And if an opening sing along once in awhile isn't enough we'll have whole evenings around the piano, classes, and more.


That's the first part of the vision. The first line drawn on the map. I'll write more as it comes and so will others and of course the map will make itself too.

Lesley Kernochan is doing great work too. Check her stuff out
Posted by Eric Stern at 11:11 AM